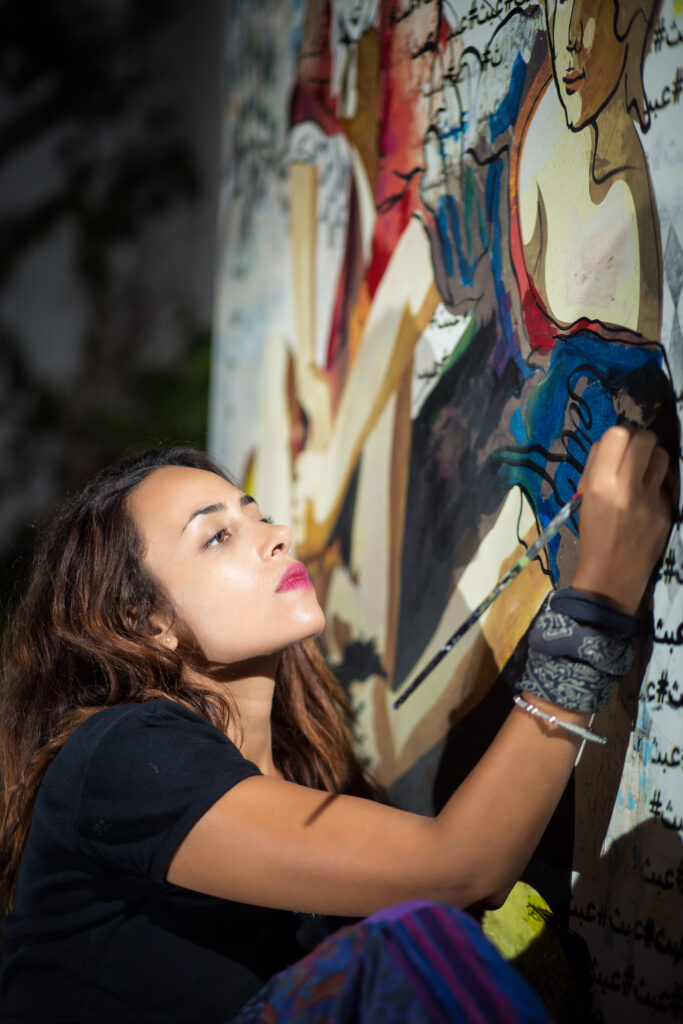 Practicing art has always been something that has brought balance to my life, it makes me feel empowered and fulfilled.“

Rasha Amin is an Egyptian multidisciplinary artist based in Italy, earned a Bachelor of Fine Arts in Helwan University Cairo / Egypt in 2003.
Her work has been exhibited internationally in both solo and group shows, combining painting, drawing, photography, installation, and experimental video art. Amin has found an intersection point between them and subsequently developed her own visual and conceptual vocabulary.
Her body of work is about the idea of deconstructing different aspects in her life through the themes of time, memory, and emotions and rebuild them again to create a new connection and different meaning that explores a new existence.

This website uses cookies to improve your experience while you navigate through the website. Out of these cookies, the cookies that are categorized as necessary are stored on your browser as they are essential for the working of basic functionalities of the website. We also use third-party cookies that help us analyze and understand how you use this website. These cookies will be stored in your browser only with your consent. You also have the option to opt-out of these cookies. But opting out of some of these cookies may have an effect on your browsing experience.
Necessary Always Enabled
Necessary cookies are absolutely essential for the website to function properly. This category only includes cookies that ensures basic functionalities and security features of the website. These cookies do not store any personal information.
Non-necessary
Any cookies that may not be particularly necessary for the website to function and is used specifically to collect user personal data via analytics, ads, other embedded contents are termed as non-necessary cookies. It is mandatory to procure user consent prior to running these cookies on your website.
SAVE & ACCEPT